A picturesque, little fishing town, Mevagissey lies on the Channel just 6 miles south of St. Austell. A sleepy place in winter, Mevagissey comes alive in summer as tourists are drawn here either to relax, fish or simply to absorb its Cornish essence. On your tour, you'll be charmed by the medieval winding streets and narrow alleys leading to Mevagissey Harbour with its sailing yachts and fishing boats.

Mevagissey first comes to light in 1313 as the hamlet of St. Meva and St. Issey. However, excavated remains date a settlement here to as early as the Bronze Age. Traditionally Mevagissey supported itself with a flourishing boat building and fishing industry that was frequently used as a smoke screen to cover an equally healthy smuggling trade. Today, you'll still see fishing boats come and go but all that you'll find of the smugglers are the exhibits in the Mevagissey Museum. If you're interested in fishing, you'll find many of the local fishermen take tourists sea angling, shark or mackerel fishing. If you prefer dry land, Mevagissey makes a great base for walking tours. Other attractions in Mevagissey are the World of Models Railway Exhibition, the Sea-life Aquarium and the Lost Gardens of Heligan.

Attractions outside Mevagissey
Mevagissey makes a great base to explore some of the remoter and less touristy seaside Cornish towns in the vicinity. Walkers can follow the South West Coast Path which hugs the coast for much of the way and takes you as far as Bohortha near St. Mawes. A mile or so south of Mevagissey is Portmellon, a small quiet sandy cove somewhat off the beaten tourist path. Gorran Haven, lies just a little further south, a former crab-fishing village, it boasts a lovely beach while Vault Beach just half a mile away is even more pleasing. Keep heading south and you'll get to Dodman Point, a beautiful headland marked by a granite cross erected by a local parson in attempt to reduce frequent ship-wrecks. West of here, you'll find Veryan Bay which boasts Hemmick Beach one of the most beautiful Cornwall coves and an excellent spot for a swim. Also of note is Porthluney Cove where your eyes will be drawn to Caerhays Castle. Designed by John Nash and built in 1808, Caerhays Castle is only open in the spring. Continuing along the coast, you'll pass Portloe and come to the pretty village of Veryan with its striking, circular white houses. If touring by car is more your style, St. Austell lies northwest. Another attraction of note in the area is the Eden Project, the largest plant conservatory in the world which was constructed out of free-standing interlocking hexagons. 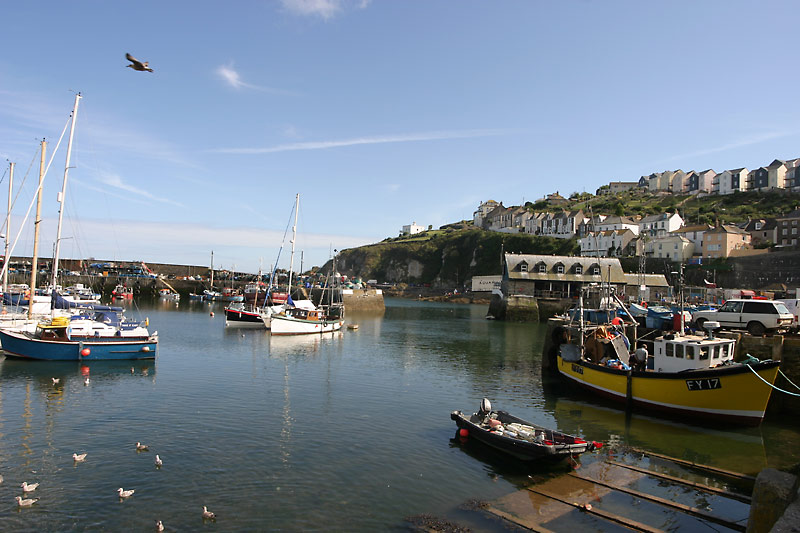