"Lord these guns have caused too much pain
This town will never be the same
So for the bairns of Dunblane
We ask please never again"
New verse added to Bob Dylan's Knocking on Heaven's Door by Dunblane musician, Ted Christopher

Lying just five miles north of Stirling off the M9, Dunblane is a properous town boasting one of Scotland's quaintest cathedrals. New roads and railway services have resulted in development and an influx of middle-class commuters but the centre of Dunblane traversed by Allan Water is still charming.

An early fort was probably built here by the Moati tribe after battle with the Romans. Chosen by missionary for the foundation of a monastery in around AD 600, Dunblane's name is an amalgamation of its early history, "Dun" (Celtic for fort or stronghold) and Blane for St Blane. Originally, this popular Scottish saint came from the Island of Bute and amongst his miracles is believed to have brought a young prince back to life. As an important crossing over the Forth, Dunblane developed and was soon well known as an ecclesiastical centre. Situated upon the original site of the monastery, Dunblane Cathedral dates to the 12th century with a Norman tower. On your visit, you'll also see beautiful choir stalls, designed by Sir Robert Lorimer, a bell from the original Church of St. Blane, a Memorial Garden and a standing stone erected in memory of the victims of the Dunblane Massacre.

Cross the road from Dunblane Cathedral and you'll find yourself at Dean's House. Built in 1624 and narrowly saved from development, it now houses Dunblane Museum with diplays on the cathedral and the history of Dunblane Cathedral. Another important building here is Bishop Leighton's Library built after the bishop bequeathed his books and the small fortune of 100 pounds in the 17th century. The oldest purpose built library in Scotland, the collection includes over 4,000 books with priceless items from the 16th and 17th centuries.

Dunblane Massacre
On March 13th 1996, Thomas Hamilton walked into Dunblane Primary School with four guns. The former Scout leader and unemployed shopkeeper voiced his grievances at the world by opening fire on a class of five and six year olds. Sixteen innocents were killed along with a school teacher. The damage done, the killer put his gun in his mouth and fired. Dunblane was rocked with grief, one shared by everyone in the UK and the world. In the aftermath, the Snowdrop Campaign was founded by Dunblane's residents and successfully lobbied for tighter gun control. A year later, a total ban on private ownership of hanguns was introduced. The children were laid to rest in Dunblane Cemetry and Dunblane Memorial Garden planted in 1998. May they rest in peace.

Strange Facts or Total Fiction?
Tennis champion Andrew Murray grew up in Dunblane and was in Dunblane Primary School at the time of the Dunblane Massacre.
Robert Burns stayed at the Stirling Arms Hotel and was due to become an excise officer in Dunblane but died before ever fulling his duties.
Although part of the Church of Scotland, Dunblane's ancient church is still called a Cathedral, despite the fact that this denomination does not exist in the Church of Scotland hierarchy. 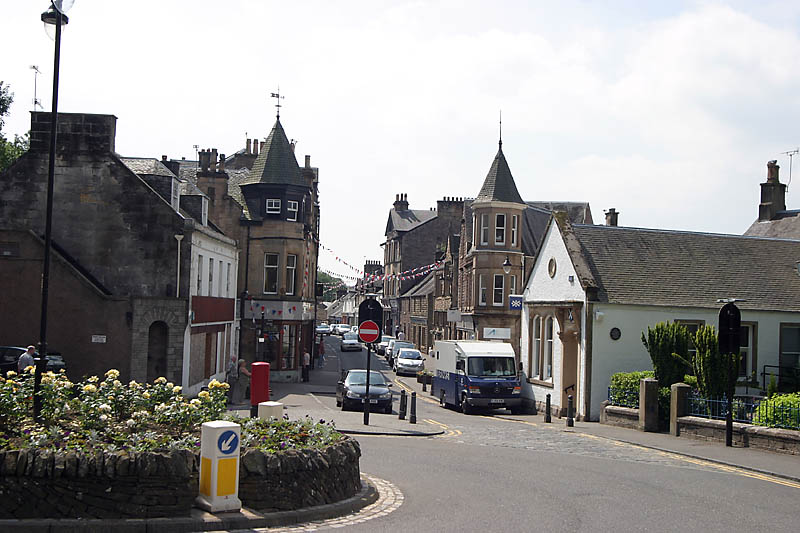