Situated in the East Neuk (corner) of Fife, Crail is a charming historical port whose harbour is one of the most photographed places in Scotland. For hundreds of years, ships returned to Crail from Scandinavia and northern Europe with hulls full of cargo which were unloaded at the picturesque Crail Harbour. The people aboard left their mark in Crail's European-styled architecture which features crow-stepped gables, pantiled roofs and outer stairs.

In the 12th century, Crail became the first village in the East Neuk of Fife to become a Royal Burgh. This status was essential for commerce but a century later Robert the Bruce would seal the medieval importance of the village by granting Crail the privilege of holding a Sunday market. Crail Marketplace grew to become the largest fishing market in Europe. The Mercat Cross still stands here although now it rests on a 17th century shaft. Nearby, you'll see Crail Tolbooth (1598) which served as the old town gaol and council offices. It sports an unusual weathervane, a copper Crail Capon (smoked haddock) for which Crail was once famous. Conveniently located just next door is the Crail Heritage Centre which also houses the Crail Tourist Information Centre.

John Knox, the preacher, was less than impressed with Crail's Sunday Market. After listening to a most passionate sermon, residents of Crail were so incensed by his message that they destroyed the beautiful altars and holy images within Crail Church. Behind Crail Parish Church you will see the Dead House, so-called after the bodies it kept safely stowed away from body snatchers in the 19th century. In front of Crail Church lies the Blue Stane. According to local tradition, this boulder was thrown here by the Devil from the Isle of May in his anger at the devotion held within Crail Parish Church.

Crail is best appreciated on a walking tour. As you wander through its wee streets lined with 17th and 18th century houses, you'll see lintels above many doors marked with the initials of their owners or the date of a wedding. In Nethergate, at the heart of Crail village, you'll see Crail Pottery, a working pottery housed in a beautifully restored building. In the park at the end of Nethergate overlooking the sea, is the Crail Priory Doocot, a 16th century cylindrical structure which once housed doves for meat. 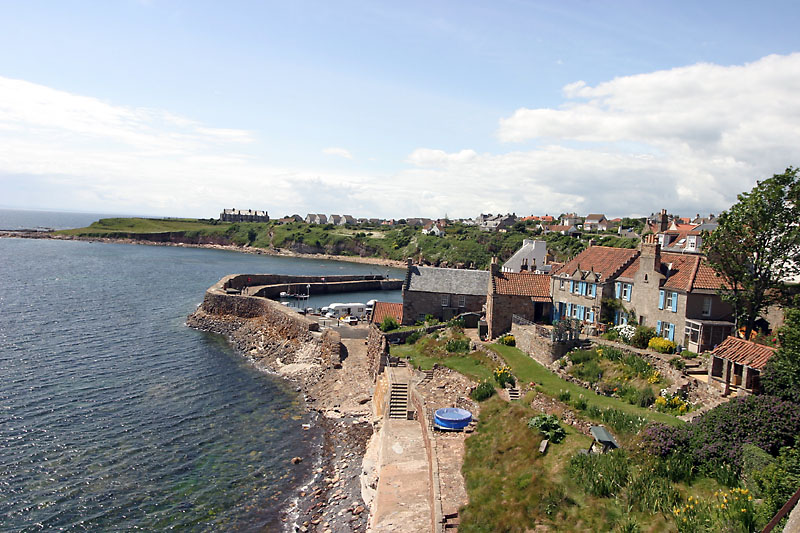 Just a wee village, Blair Atholl boasts one of the most popular attractions in Scotland, Blair Castle. Idyllically situated and a popular starting po ....