A historic market town, Montgomery is a pleasant place to explore with its mixture of timber-framed houses, cobbled streets and Georgian and Victorian architecture. Situated on the Welsh border, in an area often dubbed a wasteland, Montgomery grew up around its hilltop castle, built in the 13th century.

Lying on an area of land fought over down the centuries, Montgomery owes its name to a Norman, Roger de Montgomery. He was lord over Montgomery in the 11th century and built a timber castle at Hen Domen, about a mile north. The actions of rebels in the area led to the construction Montgomery Castle in the 13th century in a quest to subdue the Welsh by Henry III. Although Montgomery Castle was surrendered to the Parliament forces during the Civil War, it was nevertheless dismantled shortly after. The remains of Montgomery Castle are not of themselves worthy of the steep climb up the hill from Montgomery town hall but once there you'll be impressed by the views of Montgomery's Georgian architecture and the surrounding countryside.

Visitors to Montgomery can visit another 13th century building of note, Montgomery's parish church of St. Nicholas. Inside you'll see the elaborate canopied tomb of Sir Richard Herbert, medieval effigies of knights, and an ornate carved 15th century screen and loft. Despite these relics, the church is probably best known in Montgomery for its Robber's Grave. It was here that John Davies was laid to rest after hanging for assault and robbery. He pleaded his innocence and swore that the grass above his grave would not grow for a 100 years. A wooden cross now marks the spot where he lies.

The best way to see Montgomery is to pick up a copy of the Montgomery Town Trail from a local tourist centre. It will take you past sights such as the Montgomery Town Hall, the Georgian town square, timber-framed houses, the town pump and tethers, Montgomery Post Office and the Old Bell Museum where you'll find scale models of local castles, excavated artifacts and the history of Montgomery.

Montgomery also makes a great base for walkers. The border to the east marked the outline of King Offa's vast kingdom in the 8th century. To warn away the Welsh Princes, he built Offa's Dyke a huge earthwork which spans some 65ft and rises to 26ft in some places. Offa's Dyke Path runs all the way from the Severn Estuary near Chepstow to Prestatyn but the most impressive parts of the earthwork lie to the east of Montgomery.

Sights to see in the vicinity of Montgomery include Firdd Faldwyn, an Iron Age hillfort to the west of Montgomery and Hen Domen Castle, an 11th century earthwork and mound, a mile to the north of Montgomery.

A local market is held in Montgomery Town Hall every Thursday.

Curious Facts or Total Fiction? Montgomery was the birthplace of the Elizabethan poet George Herbert. 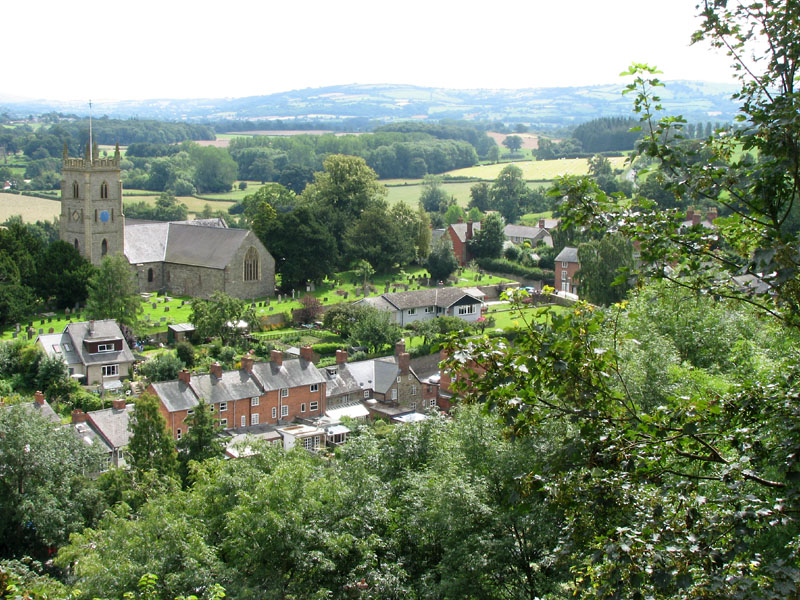