"Here I stand and here I rest,
The town shall be called Totnes"
Attributed to the legendary Trojan Prince, Brutus

Lying on the banks of the River Dart, Totnes presents an intriguing mixture of history and new age trends. This ancient river port town has a vibrant atmosphere which belies its age. Street entertainers, markets and a New Age culture merge happily with its steamer quay, Elizabethan architecture, Norman castle and range of listed buildings.

An ancient borough and river port, Totnes is also reputed to have been at the centre of the founding of Britain. According to medieval legend, it was here that Brutus, the Trojan Prince disembarked from his ship upon the Brutus stone in 1170 BC. You'll find this ancient granite piece of British heritage near no. 51 Fore Street. It lies just beyond East Gate, one of the two surviving gates dating to the Norman era when the Saxon village of Totnes was turned into a walled town. East Gate has undergone much alteration over the centuries and now has the Tudor age to thank for its current appearance. From East Gate, you can take in the Rampart Walk which circles the old city walls taking you to the beautiful 15th century St. Mary's church and the 11th century Guildhall. For more architectural attractions, head back to High Street where you'll find the house of pilchard merchant, Nicholas Ball at No. 16. His extensive wealth was ultimately used to found the Bodleian Library. More interesting is Leechwell Street lying on the left at the upper end of the High Street. Pass the 17th century Kingsbridge Inn and take Leechwell Lane down the hill to the healing waters of Leech Wells. These three wells were believed to have healing powers in bygone years. Such was their popularity that pilgrims travelled from afar to Totnes and special wardens were needed to oversee the distribution and maintenance of the waters.

Totnes reached its greatest prosperity in the 1500s when the River Dart was used to export cloth to France returning with barrels of French wine. Nowadays, the River Dart sees international export of a different kind with pleasure boats sailing regularly to darling Dartmouth. There are plenty more attractions to be enjoyed at Totnes such as the Norman Totnes Castle, Dartington Hall or the Totnes Costume Museum and the Elizabethan Museum. If this sounds all too dreary for the kids, they'll be well-entertained at the award winning attraction of Woodlands Leisure Park or playing with the animals at the Totnes Rare Breeds Centre. Another great family attraction is the South Devon Steam Railway once part of the Great Western Railway. 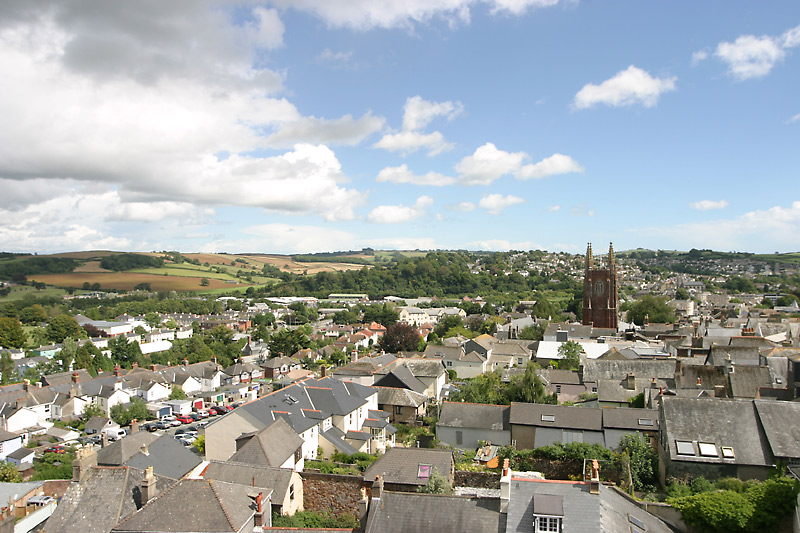