"England expects that every man will do his duty."
Admiral Lord Nelson

Portsmouth harbour has witnessed some of the most momentous occasions of England's nautical and wartime past. Forever stamped in history and ergo onto the tourist trail, Portsmouth was the seat from which the British Royal Navy controlled the seas in the 19th century. Bombed and flattened in WWII, Portsmouth has been the seat of the Royal Navy for over five hundred years. Although fortifications have stood here since the Roman era, Portsmouth's golden moment in history came with the sailing of Operation Overlord. This was the union of 12 Allied Nations who joined forces in an attack to liberate France. A turning point in WWII, it caused the fall of Paris and the beginning of Europe's liberation.

Portsmouth lies on Portsea Island which is separated from the mainland by a narrow creek. To the west of the island lies Portsmouth Harbour while to the east is Langstone Harbour and the Farlington Marshes, a nature reserve. To the north, Portsdown Hill occupies the view while to the south lies the suburb, Southsea and across the water, the Isle of Wight. In Southsea, you'll find attractions such as the Royal Marines museum, Southsea Castle and the D-Day Museum with its beautiful centrepiece, the Overlord Embroidery.

Portsmouth's early life began with a Roman Fort. In the Saxon era, life here revolved around the sea with fishing being the major industry. Little did the Saxons know that their little fishing village would develop into a major garrison town which would go on to become the main naval base of one of the greatest empires in history. Over the centuries, Portsmouth has also been home to some of England's finest. It was the birthplace of Charles Dickens and sometime home of Rudyard Kipling, Joe Jackson, Arthur Conan Doyle and Peter Sellers. On your trip, you'll walk in Nelson's footsteps and see the spot where that great classic, the potato was first brought to Europe by Sir Walter Raleigh.

Despite the large-scale WWII destruction, Portsmouth has invested in its tourist attractions, such as the modern Spinnaker Tower and the Gunwharf Quays. Those with a nautical or historical interest are rewarded with a wealth of gems in Portsmouth's Historical Dockyard; Nelson's flagship, the HMS Victory which featured in the Battle of Trafalgar or the HMS Warrior a marvel of her time. As well as attractions such as the famous Mary Rose, there are also a number of museums which are included in the price of your ticket. In Old Portsmouth, attractions include the Portsmouth Cathedral, the Royal Garrison Church and the coastal fortifications.

Attractions near Portsmouth
Portchester Castle lying to the west of Portsmouth, is a well preserved castle providing a mirror into some 2000 year's of Britain's history. Just a few miles away to the east, birdwatchers and walkers are well-rewarded with a trip to Farlington Marshes and the Southmoor Wildlife Reserve (see below). However, if you've made it this far why not go one step further and visit the Isle of Wight, a short ferry ride away.

Walking
The Renaissance Trail is a self-guided, historic tour which will take you from Spur Redoubt in Old Portsmouth to the gateway of the Historic Dockyard. The Millennium Promenades stretch over 6km on both sides of Portsmouth Harbour and your tour will take you to some of Portsmouth's most famous landmarks and attractions. The trail is marked by information boards and a chain motif set into the pavement to mark historic spots. Audio-guides are available from the Portsmouth Tourist Information Centre.

The Southmoor Wildlife Reserve is a coastal area composed of wet grassland with an ideal habitat for flowers, it supports a variety of wildfowl. Home to breeding Skylarks, the Lesser Whitethroat and the Blackcap. You'll also find Southern Marsh Orchids and Ragged Robin in the northern part of the reserve. For good views over Langstone Harbour, head up Southmoor Hill. Southmoor Wildlife Reserve may be accessed from the east or west along the Langstone Harbour Walk. For more information call the Portsmouth Tourist Information Office on 02392 826 722 or the Havant Tourist Information Office on 02392 480 024. 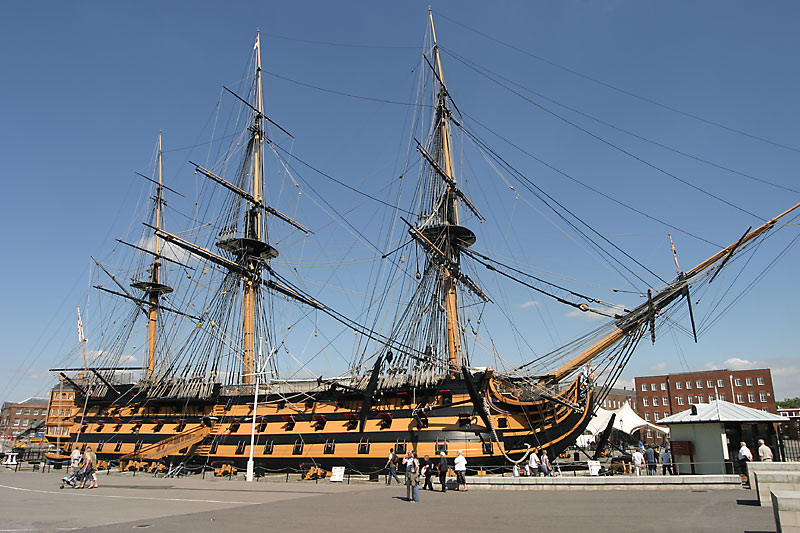