A bustling, picture perfect seaside town, Weymouth is renowned for its sunny clime. The town is fronted by an apricot coloured beach which hums with activity. Swimmers and children playing in the sand are backed by sunbathers and amusements such as the eternally popular Punch & Judy shows and beautiful sand sculptures.

Weymouth's seafront is lined by Georgian terraced houses which were built when tourists first arrived here over 200 years ago. Classic English summer resort that it may be, the military battery at Nothe Fort and the Old Harbour will interest the more culturally minded. Here you'll find Brewers Quay, a converted Victorian Brewery complete with authentic vats. Your visit can also include a trip to Weymouth's museum or a browse round some of the specialist shops. Other attractions at Weymouth include Sealife Park, a sanctuary for endangered species and the Deep Sea Adventure where you'll unearth secrets of the deep such as how and why the Titanic sunk. Another popular attraction is the Radipole Lake Swannery for leisurely strolling and easily rewarded bird-watching.

Separated by the river, Weymouth and Melcombe Regis were once two separate towns kept lively by their animosity towards each other. The area first came into prominence in the 13th century as small ports which supplied the king's ships. They developed separate trades, Weymouth exporting wool and Melcombe importing French wines. Divided by the stretch of water which they shared for their livelihoods a culture of hatred brew between the two. This continued for centuries and was interrupted only when they joined forces to fight against the French in the Hundred Years War. Finally exasperated by their squabbles, an Act of Parliament in 1571 united the two foes as the Borough of Weymouth and Melcombe Regis. Ironically only 70 years later, the Civil War would once again find Weymouth and Melcombe on opposing sides. In heated combat, Royalists in Melcombe fought off the Parliamentarians who attacked from Weymouth. If you head to Maiden Street, you can still see a canon ball lodged in the side of a Tudor house! 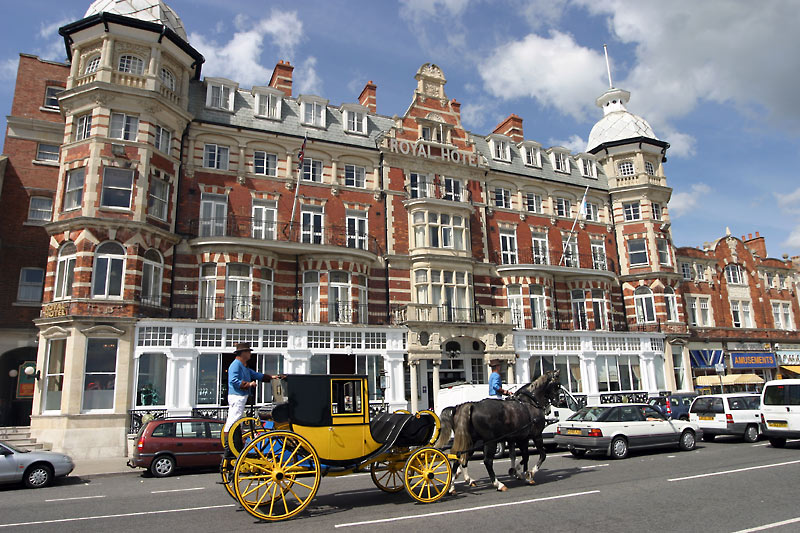