"Torquay...is pretty...but...like all other easily accessible sea-places, it is sadly spoilt by wealth and fashion, which leave no secluded walks and tattoo all the hills with ugly patterns of roads an"
George Eliot, Letter to Miss Sara Hennell, 1846

Lying at the heart of South Devon and the "English Riviera", Torquay is one of the most stylish resorts in Britain. Blessed with a mild climate, gorgeous sandy beaches, beautiful coastal views and world class attractions, Torquay is guaranteed to please visitors of any age or inclination.

Originally a sleepy, fishing village, Torquay was reborn as a tourist resort in the Victorian era. The new railway system brought eager visitors such as Elizabeth Barrett Browning who came to soak up the therapeutic benefits of the sea. Torquay became a trendy attraction and sparkling, white Victorian villas quickly sprung up upon the hillside. Standing in their midst today, looking over the promenade and palm trees (in reality thriving New Zealand Cabbage Plants) and out to the blue seas beyond, you'll feel as though you've been transported out of England and into the Mediterranean. Sea and sun lovers will bask in all the delights of some 22 miles of coastline with opportunities to indulge in activities such as swimming, diving, angling or hiking.

Torquay's diversity draws a range of visitors, many of whom have no interest in its blue seas. They come for its premier historic attraction, Kent's Cavern, a network of caves which has provided some of the earliest evidence of man to be found not only in England but all of Europe. Other tourists come here on the trail of a popular hero, Agatha Christie who was born here in 1890. Torquay now boasts the only statue of her in the world. More key attractions at Torquay are the Babbacombe Model Village and Torquay's oldest building, Torre Abbey built in 1196. Those in search of the outdoors can choose between its beaches and coves or visit the stunning Cockington Country Park.

Torquay Beaches
Torquay lies on the so-called English Riviera and is locally renowned for the beauty of its beaches. Sun and sea lovers can select between some twenty beaches along the coast. The sand and shingle beach of Maidencombe Beach lies to the north of Torquay. Although accessing this beach isn't easy, the cliffs above lie along the Southwest Coast Path and provide excellent walking with superb views. Another attraction here is the walk between Maidencombe and Watcombe which passes beneath Giant Rock on land which once formed part of the estate of I.K. Brunel, the Victorian Engineer. Watcombe offers another beautiful sandy beach while further south, Oddicombe Beach is a sand and shingle beach which offers another attraction, rides on Babbacombe's historic cliff railway. The sheltered waters of Babbacombe Beach offer a different kind of attraction and is popular for sailing and fishing off the breakwater. The wee shingle and sand beach of Anstey's Cove is fronted by sparkling, blue waters while Meadfoot Beach is a long pebble and sand beach. Torre Abbey Sands and Corbyn Head are both excellent sandy beaches near the heart of Torquay. If you're looking to avoid the crowds, Hollicombe Beach lies a mile away from the car park and subsequently deters many punters. 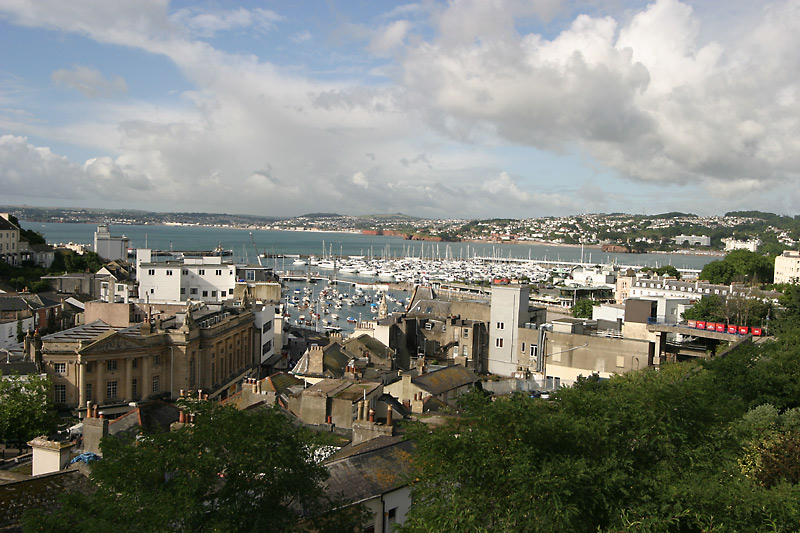