Lying in the north-east of Cornwall, Launceston is a hilly market town placed between Dartmoor and Bodmin moors. Now generally recognised as a gateway to Cornwall, Launceston has always been a central player in Cornwall's history and once played the role of its capital.

On approaching Launceston, your eyes will be immediately drawn to the formidable fortress on the hill top. This Norman Castle was built by Brian de Bretagne, the first Earl of Cornwall. Looking ominously yet peacefully over the River Tamar, Launceston Castle was never besieged. As far as politics goes, Launceston Castle played its greatest role as the location for the criminal and civil courts. Launceston itself however rose to prominence when it was granted a Royal Charter during the reign of Robert, Count de Mortain (half-brother to William the Conqueror). Ever since Launceston has been a market town and still boasts a thriving Pannier Market.

By the 12th century, Launceston had become a walled city with three gateways leading to the town but only Southgate Arch has survived the ages. Despite this, winding through Launceston's narrow streets on the Launceston town trail, you'll see an interesting mix of architecture. Historical attractions include the old Market Building and its curved roof slating, relics from the St. Augustinian priory (1136) and St Thomas Church (1182) which has the largest font to be found in Cornwall. The impressive Church of St Mary Magdalene (1511) is adorned with intricate carvings and a 14th century tower commissioned by the Black Prince. On Castle Street, you'll find the fine Georgian Town Houses which so impressed s Sir John Betjeman. One of these, Lawrence House is now home to Launceston's museum. It features the history of Launceston from prehistoric times (admission free). Other attractions for the culturally minded include the Gothic-style Town Hall and the Prison which once housed George Fox for his creation of 'disturbances'. If this all isn't quite your style why not try a scenic trip on the award-winning Launceston Steam Railway or a spot of fishing (salmon/trout) in the River Tamar?

Attractions around Launceston Launceston is ideally positioned for exploring Cornwall. Heading West from Launceston en route to the Atlantic, you'll pass Camelford where legendary King Arthur's Camelot was situated. Continuing west, you'll be stunned by some superb coastal scenery and gems such as Tintagel (birthplace of King Arthur) and other coastal towns such as Boscastle and Trebarwith. To the south lies Bodmin Moor where a little hamlet called Bolventor boasts, Jamaica Inn. It provided inspiration for Daphne du Maurier's smuggling classic by the same name. Just 15 miles east from Launceston is Dartmoor and the not-to-be-missed fantasy world of the Highwayman's Inn in Sourton. Other attractions worth visiting in Dartmoor are Lydford Castle and Lydford Gorge. If you're heading north don't miss the Tamar Otter Sanctuary. A good attraction for kids in Cornwall, it additionally plays an important role in saving the otter from extinction in lowland England. Launceston is also the starting point for walkers along the Tamar River Valley Trail. The trail runs for 30 miles to Plymouth taking in picturesque villages and attractions such as the medieval estate of Cotehele. 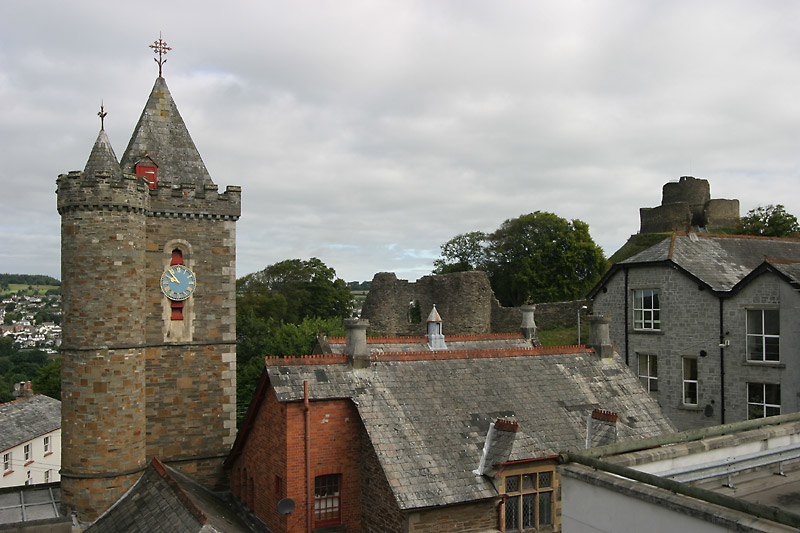