"Porlock! thy verdant vale so fair to sight, Thy lofty hills which fern and furze imbrown, The waters that roll musically down Thy woody glens, the traveller with delight...."
Robert Southey

Nestling in the shelter of three hills, Porlock is a little coastal village looking on to the Bristol Channel. It lies in a deep hollow just five miles away from the popular Somerset resort of Minehead within Exmoor National Park.

Porlock is most famous for the 'man from Porlock'. This notorious person knocked on Coleridge's door when he was half-way through his masterpiece, Kubla Khan . Stalled for an hour on business, Coleridge was never able to recapture his opium-fuelled inspiration and the work was left unfinished.

Porlock is backed by the infamous Porlock Hill with its uncomfortable 1-in-4 gradient. You can can take a scenic toll road and bypass it if you are driving. However, to do so is to miss Porlock Stone Circle, an ancient stone circle consisting of some 20 stones. In Porlock itself, attractions include Porlock beach, a picturesque pebble beach and the historic Ship Inn. Dating in part to the 13th century, the Ship Inn has seen it all " smuggling, kidnapping, ghosts and the likes of Wordsworth, Coleridge and Southey who wrote a sonnet 'Porlock' within the Ship Inn itself. Also worth a visiting is the Porlock Visitor Centre. As well as providing useful information on attractions in the area, you'll be able to see a display of Aurochs bones (an extinct type of cattle).

Lying a mile to the west of Porlock is Porlock Weir, a wee harbour. It is now mainly used for pleasure boats and yachts but was once a hub of activity in the days when the sea provided the main means of transport to Porlock. Just two miles from here is an unusual attraction, Culborne Church. A 12th century building accessible only via a two mile walk, Culborne Church is said to be the smallest church in England and yet still holds services. 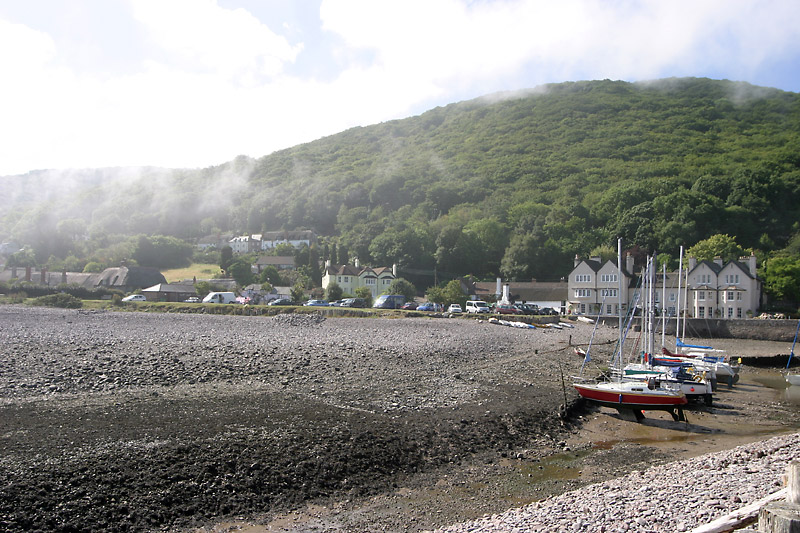