Colyford lies on the tourist route between East Devon and West Dorset. This small village in the Axe Valley lies just 2km away from the seaside resort of Seaton to the south with Colyton to the north. Visiting Colyford and the surrounding area promises a quiet getaway, a great destination for walking, birdwatching, sailing, horse riding, golfing and the beach.

Despite its small size, Colyford offers two interesting attractions for the visitor. The Motoring Memories museum lies on the main road fronted by colourful, original pumps. Once the village's filling station, the museum is now filled with motoring artefacts and memories of regular customers such as Lawrence of Arabia. If you're interested in yesteryear's transport, you'll also appreciate a trip on the Seaton Tramway. This attraction will take you on a narrow gauge historic tram from the medieval village of Colyford to the Victorian seaside resort of Seaton and inland to Colyton, a historic town lying on a circular Saxon street plan.

A rural village laid out on a linear plan, Colyford owes its name to River Coly. Most of the village lies in a conservation area to prevent urbanisation ruining the particular environmental qualities of its landscape. The small close-knit community keep the preservation of their landscape close to heart and in 2001, endeavours by locals resulted in the purchase of the Holyford Wood. This local stomping ground lies just half a mile west of Colyford with a public footpath linking the villages of Seaton and Colyton. Encompassing over 80 acres, Holyford Woods is a quiet, beautiful space renowned for its annual outbreak of bluebells in the spring. On your visit, you'll see indigenous trees such as oak, ash, hazel, silver birch and elm with wildlife such as as badgers, deer, foxes, woodpeckers, buzzards and kestrels to be spotted. Nature lovers can also visit Colyford Common Nature Reserve . This wetland area on the Axe estuary is flooded regularly at high tide resulting in an unusual combination of seashore life in a grassy setting " an irresistible attraction for birds. On your visit you'll see waders and waterfowl such as little egrets, large black and white shell duck and meadow pipits.

Colyford is best known for its annual Goose Fair in September. This ancient tradition lay dormant for 80 years, until the event was revived by Colin Pady in 1980. Held on the closest Saturday to Michaelmas, the Goose Fair is now an attraction that draws hundreds of visitors to Colyford every year. The day centres on a medieval theme with traditional events such as archery, quintain and falconry taking place. Colyford's Goose Fair kicks off with a procession of villagers bedecked in medieval costume following a horse-drawn cart with the Mayor and his Lady, to the accompaniment of medieval music. One highlight of the day is the Mummers' Play, a humorous medieval play with the necessary Dragon, King, Queen and Fool.

Attractions around Colyford Whether your walking, driving or cycling, Colyford is well-situated as a base for exploring the Dorset and East Devon Heritage Coast. As well as visiting the beach at Seaton, visitors may take the South West Coast Path from Seaton to Lyme Regis passing through the fantastic Undercliff Nature Reserve on the way. If fossil-hunting, geology and walking aren't quite your thing, you may want to visit some of the other villages in the area. Some four miles south of Colyford is Beer. Once renowned for smuggling, the village is now better known for the Beer Quarry Caves, an underground network of tunnels hewn out by human hand for its stone. A great attraction for kids here is Pecorama, a miniature steam railway. In the vicinity of Beer, you'll find Branscombe, a National Trust Village where you'll be able to visit the restored Old Bakery, Forge and Manor Mill. 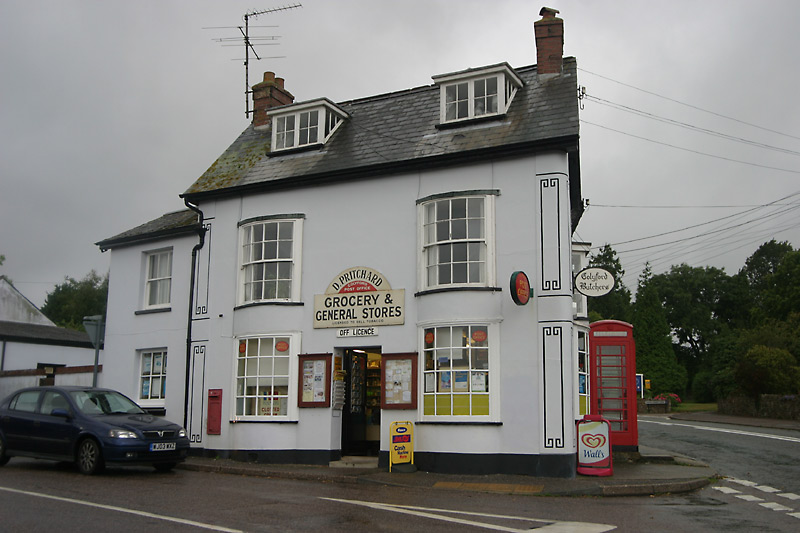