"Delicious to do anything at Boscastle, except to come away from it."
Mrs Maxwell, Boscastle, Cornwall, An English Engadine

Just five miles north of Tintagel, Boscastle lies in a conservation area on land cared for by the National Trust. A curious harbour town, Boscastle provides the only natural haven for boats on a forty mile stretch of coast between Hartland and Padstow. The harbour was created on order of Sir Grenville and has survived with little reconstruction for over 400 years.

Boscastle is tucked away in a valley and provides the meeting point for the Valency and Jordan Rivers which converge in the medieval harbour. Here you'll see Grenville's hollow curved jetty, built specifically to absorb the terrible force of the sea. The best time to visit is at low tide when you'll witness the Boscastle Blowhole. Lying near the entrance to Boscastle Harbour is a hole in an island rock called the Meachard which spits water high in the air when waves roll by.

Boscastle owes its name to the Norman Bottreaux Castle, the remains of which lie on a mound above Boscastle harbour. Built by the Botterrel Family, the castle overlooks Boscastle with its 15th century cottages and the valley below. Back in Boscastle, don't miss the Boscastle Museum of Witchcraft, the biggest of its kind in the world, it's filled with gory artefacts and witchcraft memorabilia.

A beautiful village in itself, many tourists are equally drawn to Boscastle for its surrounds; the beautiful rugged coastline with its sheltered coves, moorlands, wooded valleys and ancient trees. To the west of Boscastle Harbour lies Willapoint headland topped by a tower which was originally erected as a prospect house. If you walk westwards from here, you'll see a recession in the cliffs and a gloomy chasm known as the Black Pit due its singularly black-coloured rock. Heading eastwards on the South West Coast Path will bring you to Crackington Haven, a romantic cove about 4 " miles from Boscastle. On your way, you'll pass High Cliff (735ft) which commands fine views over the Bristol Channel and along the coast.

You can also tour the Valency Valley, a part of Boscastle which has strong ties to Thomas Hardy. He came here as a young architect commissioned to work on St. Juliot Chapel. On his visit, he fell in love with Emma and as they were courting, the pair picnicked and sketched along the bank of the Valency River. This wooded valley and the dear memories he held of the surrounding area later wove itself into Hardy's work. Married shortly after, the pair moved away and Hardy never returned for 30 years until the death of his estranged wife brought him back to Cornwall.

To the south of Boscastle, at Forrabury Common you'll still be able to see an ancient Celtic way of farming in practice, the Forrabury Stitches. Here the land is individually cropped in long rectangular plots in the summer and used for grazing in the winter. Another attraction is the Forrabury Church (St. Symphorian), starkly exposed to the elements on a headland. Decorated by a bell tower but no peal, the church has given rise to a local legend. It tells of a ship carrying the church's bells which was lost due to the pride of its captain who boasted, "Thank God on Land; but at sea thank the Captain and the good vessel.". A furious storm suddenly arose and the ship was lost in the fathoms below. The subsequent tolling of the bell beneath the sea, is a tradition that has been kept alive by the work of Cornish poet and vicar, Robert Stephen Hawker. 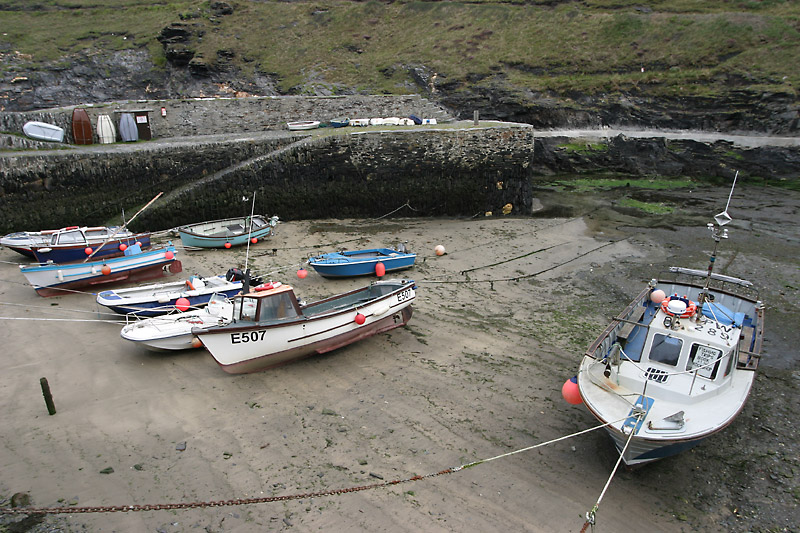 Lying within the Isle of Purbeck, Tyneham is a ghost village with a tragic past. The idyllic site was abandoned by its villagers at the request of th ....

A predominantly Georgian town built upon a medieval layout, Lewes breathes history and will delight anyone interested in history and culture. Attract ....