"I shall never forget some of the days at Bridge of Allan. They were one golden dream"
Robert Louis Stevenson

A residential town just two miles to the north of Stirling, Bridge of Allan unsurprisingly owes it name to the bridge over the River Allan. What with its river and its backdrop of Mine Woods, Bridge of Allan is a charming place and you might just find yourself making an unchartered stop on your drive elsewhere.

As far as towns go, Bridge of Allan is fairly young. The first buildings cropped up following the construction of a proper bridge to replace an old ford in 1520. Soon after, a mine opened extracting gold, silver and copper from the earth. Mine or no mine, wealth did not come to Bridge of Allan, until the arrival of the Victorians. When tests revealed the water to be full of minerals in 1820, Bridge of Allan turned itself into a Spa Town catering for that Victorian obsession of 'taking the waters'. The Bridge of Allan Spa received 1,000 gallons of mineral infused water daily and at the height of its popularity, the town accommodated 30,000 visitors a year. The Spa House has now been converted into a popular local restaurant called Chambo.

As you stroll around the Bridge of Allen, you'll see the three faced Paterson Clock named after an internationally famous local botanist. On Fountain Road, there's the (now dry) Fountain of Ninevah (1851) dedicated by a local developer to archaelogical excavations being conducted in Mesopotamia at the time. For a less dry experience, take a tour of the Bridge of Allan Brewery Company on Queen's Lane. You'll have a more sober experience at the Bridge of Allan Parish Church (1860) which boasts interior furnishings designed by Charles Rennie Mackintosh, the famous Glasgow architect.

Bridge of Allan and Robert Louis Stevenson
Robert Stevenson, the engineer was employed in the construction of the Bridge of Allan's Spa and the project would also drew his son Robert Louis Stevenson to the town. His first visit was in 1853 and he returned annually throughout and beyond his childhood. His visits to Bridge of Allan left their imprint on his imagination and wove their way into his works. A popular local trail, Darn's Walk is mirrored in his work Kidnapped and an old mine audit which you'll pass on the way is believed to be Ben Gunn's Cave in Treasure Island . Stevenson was a sickly child for whom visits to the chemist were " a "..terror to me by day and haunted my dreams by night." This local character probably provided inspiration for Dr Jekyll and Mr Hyde's character. There is still a chemist's on the site which is now known as Strathallan Pharmacy.

Walking and Outdoor Attractions
Bridge of Allan locals are blessed with a couple of local stomping grounds. Mine Woods provides a network of paths through the former copper mine which is still full of shafts and tunnels. Alternatively, there's the somewhat unfortunately named Darn Walk. A route which is believed to date to the Romans, the trail will take you past Stevenson's Cave to Dunblane Cathedral. The beginning of the walk is up Blairforkie Drive and is signposted as "Allan Walk". Allow one to two hours. If you're into canoeing, the River Allan is amongst Britain's top 100 white water rivers (check out Terry Storry's guide book, British White Water: Guide to the 100 Best Canoeing Rivers).

Photos of Bridge of Allan 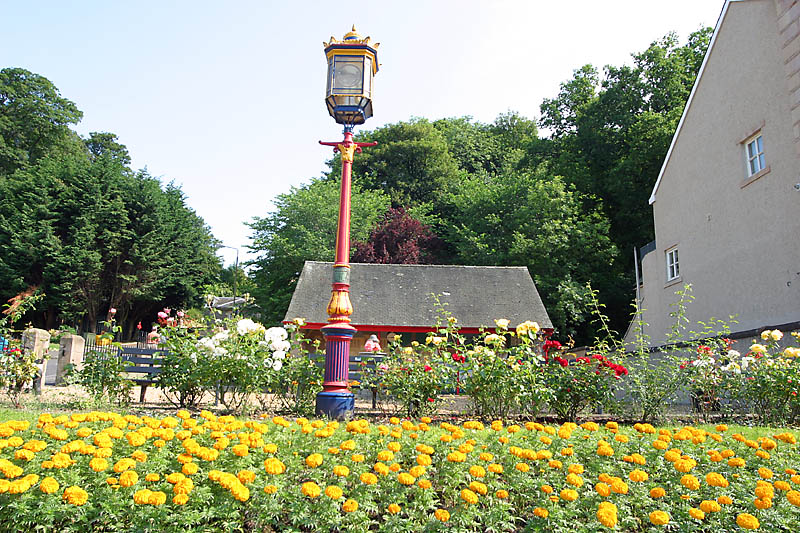 Location of Bridge of Allan

St Andrews has been a centre of pilgrimage for centuries. When St Andrew's relics were brought here in the 8th century, this little Fife coastal vill ....