Lying at the foot of the Ochil Hills, Dollar is one of the affectionately dubbed "hillfoot" villages. Traditionally the "hillfoots", Tillicoultry, Blairlogie, Menstrie, Alva and Muckhart depended on water descending from the Ochils to power the mills in which most of the villagers were employed. However, Dollar rose a step above its neighbours with the foundation of the renowned Dollar Academy in the 19th century.

The oldest co-educational boarding school in the world, Dollar Academy was founded by John McNab. A local herd boy, he left Dollar to seek his fortune on the high seas, leaving without enough money even to pay for his fare. He styled himself into both captain and successful merchant amassing a millionaire"s fortune before his death in 1802. He bequeathed half his wealth to found a "a charity or school for the poor of the parish of Dollar". Dollar Academy, an elegant colonnaded building was built 17 years later by William Playfair. By 1847, there were 110 non-paying students and 402 paying students attending Dollar Academy. As the Academy"s reputation grew, middle-class families moved into the area providing Dollar"s residents with new opportunities for business growth.

In the late 19th century, an isolated hill above Dollar provided another source of income for the town. Beautifully situated Castle Campbell began to draw Romantic tourists such as Robert Burns, Turner and Sir Walter Scott in large enough numbers to merit the construction of Castle Campbell Hotel.

The traditional lowland home of the Campbell Clan, Campbell Castle was originally known as Castle Gloom. Ironically, the Castle lies close to two streams, Care and Sorrow and even stranger still is the fact that the name "Dollar" itself originates from the Celtic "dolour" or sadness. We may only wonder how such a lovely place came to be given such awfully depressing names. Perhaps the answer lies in a Dollar folk tale which tells of a princess who died of a broken heart in Castle Gloom. Despite all this, there"s no denying that Castle Campbell is one of the most picturesquely situated in Scotland. The castle is accessed through Dollar Glen, a wooded valley traversed by various tracks and paths in an area excellent for walking. 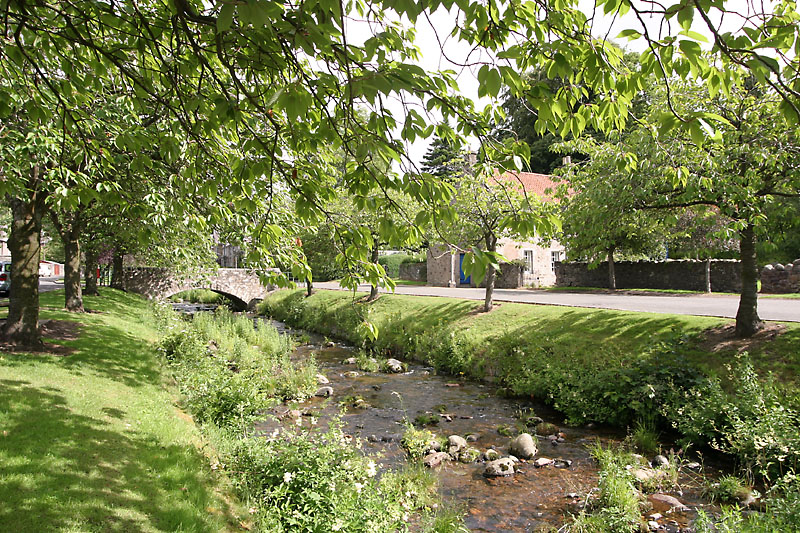