Doune Castle is one of the best preserved Medieval castles in Scotland. It will appear familiar to many for its appearance in 'Monty Python and the Holy Grail". The film was originally intended to be shot at various castles in Scotland but when the National Trust suddenly backed out of the plan, Doune Castle became an improvised set for the many fictional castles which appear in the film.

Doune owes its name to the Celtic 'Dun' or fort, a name which has lead historians to believe that there was a fort at Doune long before its first written record. Well situated, it lies at the meeting point of the River Teith and the River Ardoch. On three sides the earth slopes steeply away while the north of Doune Castle is protected by earthwork defences. Surrounded by a curtain wall and further protected by high gate house tower (30m), Doune Castle provided a fortified stronghold as well as fitting residence for the royalty who lived within.

On exploring Doune Castle you'll find yourself getting lost in its labyrinth of rooms, weaving round a staircase to emerge unexpectedly in the Great Hall which connects the castle's two towers. The largest and most important room of any Medieval Castle, the Great Hall hosted great banquets as well as important meetings. In the centre is an open fire while to one side you'll now be able to see a raised platform, the traditional seating place for the hosts and guests of honour. They were traditionally the first to be served and platters of food were passed down the Great Hall according to rank. Such banquets required a bevy of cooks and the west tower has been dubbed the kitchen tower. Its huge fireplace would have once turned whole animals upon a spit in readiness for the feasting. On the ground level, you'll also see the Lord's Hall. This was tastefully restored to a medieval style by the 14th Earl of Moray in 1883. Surrounded by wooden panelling, it bears the Moray Coat of Arms above the fireplace while on the far side lies the Musicians' Gallery.

In the 14th century, Scotland's King, Robert III suffered from a 'sickness of the body' and the mysterious death of his son the Duke of Rothesay, left the country effectively under the rule of Robert Stewart, the Duke of Albany. He built Doune Castle while the King's only remaining heir suffered imprisonment at the hands of the King of England. Doune Castle passed to Stewart's son, Murdoch, upon his death in 1420. Murdoch's time playing King of the Castle was short-lived. King James II was freed after 18 years imprisonment in 1424 and promptly confiscated Murdoch's lands and had him executed.

As a property of the Crown, Doune Castle now began service as a royal retreat and hunting lodge. It was given to Margaret of Denmark on her betrothal to James III, and then to James VI's wife, Margaret Tudor. She appointed her brother-in-law, Sir James Stewart of Beith, Constable of Doune Castle in 1528, a position which was inherited by his eldest son, also James. Mary, Queen of Scots also used Doune Castle and forces loyal to her succeeded in holding it for 3 years after the start of her imprisonment. In 1570, Doune Castle was given to Sir James Stewart who was its constable at the time. Stewart's grandson then married Regent Moray's daughter, Lady Elizabeth Stewart who brought to her husband the title of Earl. From its ignominious start at the hands of an upstart, Doune Castle rose to be governed by the Earls of Moray. Doune Castle remains their property to date although it is currently under a 1000 year lease to Historic Scotland. 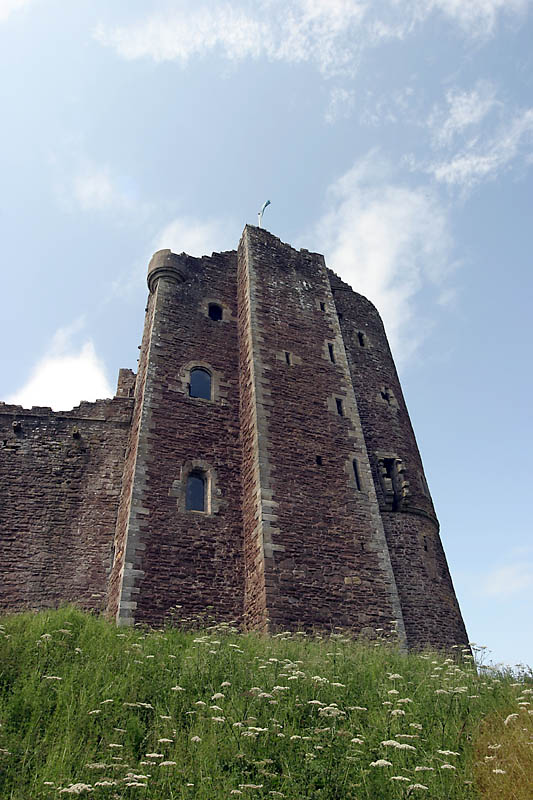 Just a wee village, Blair Atholl boasts one of the most popular attractions in Scotland, Blair Castle. Idyllically situated and a popular starting po ....

St Andrews has been a centre of pilgrimage for centuries. When St Andrew's relics were brought here in the 8th century, this little Fife coastal vill ....