Situated close to the western end of Loch Tay, Killin is traversed by the River Dochart which gushes down a series of small falls before entering nearby Loch Tay. Known as the Falls of Dochart, these frothy cascades are comfortably visible from the roadside. It is this picturesque setting which draws outdoor enthusiasts and walkers. Just three miles north of Killin are the Falls of Lochay while Loch Tay itself is a gorgeous spot dominated by Ben Lawers " all in all a great place for a spot of fishing. If that's all a bit too smelly for you, you might appreciate a round of golf on Killin's Golf Course or simply soaking up the surroundings camping near Loch Tay.

Small though it is, Killin does boast a couple of tourist attractions for the visitor. The first of the these is the Breadalbane Folklore Centre which is housed in the old mill. Here, you'll discover the history, culture and mythology of the area and also see St Fillan's "healing stones?, relics of an early Christian missionary who settled in the area in the 8th century. The first floor of the mill is dedicated to the Killin Tourist Information Centre which will provide you will all the information you need on Killin and attractions nearby.

Killin and the surrounding area are also rich in history. The area is associated with highland clans such as the Campbells, McNabs, MacGregors and McLarens. The McNabs lived in nearby Glen Dochart for over 800 years and the clan burial ground is visible from the bridge over the Falls of Dochart. You will need to pick up the key from the Killin Information Centre. Once inside, you'll see a medieval effigy of a west highland warrior and a couple of 18th century busts mounted on the walls. The McNabs themselves departed the area after successive defeats and losses at the hands of the Campbells. They left in droves with some 500 moving to Ottawa along with the clan chief in the early 1800's. 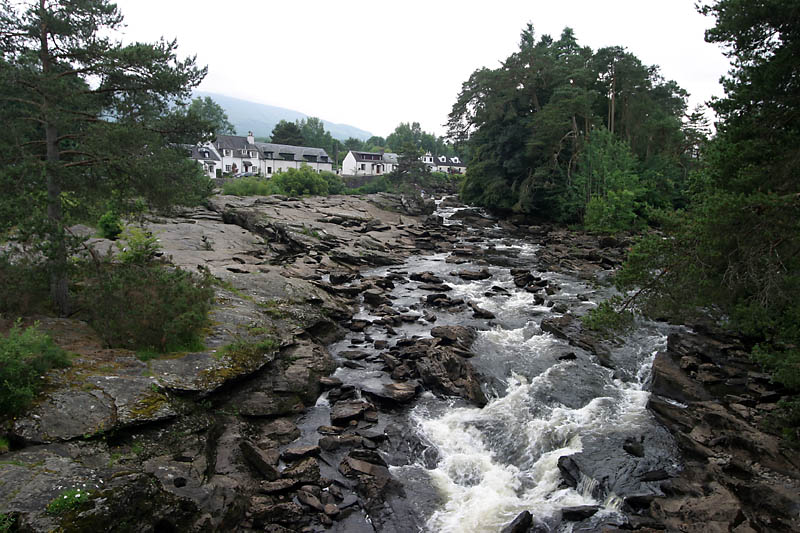