"The stag at eve had drunk his fill,
Where danced the moon on Monan's rill."
Sir Walter Scott's Lady of the Lake

Situated in the East Neuk (east corner) of Fife between Elie and Pittenweem, St Monans huddles against the shore. A historic fishing village, St Monans is full of charm making it a great destination for a relaxing seaside holiday or a stop off on the Fife Coastal Route.

St Monans was originally known as Inverin or the village at the mouth of the stream. No one is quite sure when or exactly why the name of the town was changed. There at least six different versions of the story which relate to St Monan, an Irish missionary. Whether the Irish saint ever brought Christianity to St Monans is unsure but a shrine dedicated to the saint near St Monans Kirk was certainly a holy site for centuries. Said to contain St Monan's relics, the shrine drew pilgrims to the area and a settlement arose here initially to cater for the needs of the pilgrims. A perennial spring near the shrine, was said to be imbued with holy powers and for years pilgrims came here in search of cures while St Monans' fishermen would dip their nets into the water in the belief or hope that this would increase their catch.

One eminent visitor to St Monans Shrine arrived with injuries from the Battle of Neville's Cross in 1362. His injuries successfully healed, King David II proceed to give thanks by building a church. A gorgeous landmark, the Auld Kirk of St Monans lies precipitously close to the sea to the west of St Monans. Built in the shape of a cross, St Monans Kirk was left a ruins after the Reformation but was restored in the 17th century. Inside, you'll see the old piscinas, aumbries, stone seats and, unusually, a couple of ship models which stand as witnesses to St Monans' interconnection with the sea. Further west, lies Newark Castle, one-time home of General Sir David Leslie, one of Scotland's greatest commanders who fought for the freedom of the Scottish church. Newark Castle is now a picturesque if unsafe ruins but the nearby Newark Doocot has survived intact.

St Monans centrepiece is her harbour which traditionally provided both labour and provisions for the villagers. As well as fish, seaweed washed up on the shore was used by St Monans' farmers to fertilise their crops. The first pier in St Monans was built by Baron Newark in the 15th century. By the 18th century, successful catches of haddock and cod were sold in St Monans and Edinburgh while herring was exported. By 1865, St Monans' fishing industry was so successful that local fishermen paid for the building of a new harbour. Another industry at St Monans also based on the sea was boat building. Commenced by the Miller family in 1779 St Monans boat yard on the harbour was a hum of activity for some 200 years. To the east of St Monans lies St Monans Windmill which provided yet another sea-based source of income and labour. In 1771, the Newark Coal and Salt Company was set up. Low-grade coal extracted nearby was use to heat iron pans thereby reducing the seawater within to salt crystals. The salt was then exported from Pittenweem Harbour. When the salt tax was repealed, the industry collapsed and salt production had ceased in St Monans by 1823. From St Monans Windmill, you'll be able to see the settling tank, channel and the remains of the nine salt-pan houses. 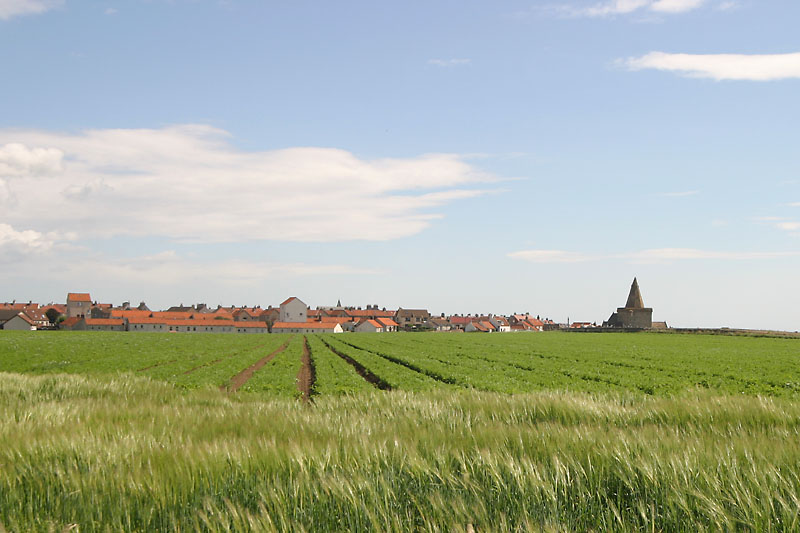