Situated in the Vale of Clywd and surrounded by a ring of hills, Ruthin is one of the most attractive towns in North Wales. Known for its lively pub atmosphere and good food, Ruthin is an ancient market town which has retained its medieval street plan. Pronounced Rithin, Ruthin, owes its name to the red sandstone used in this area. Many historic buildings built in the trademark stone such as Ruthin Castle are still standing. Ruthin's charm is further enhanced by the abundance of half-timbered buildings cluttered around St Peter's Square.

All the main streets in Ruthin lead to St Peter's Square, named after St Peter's Church. Founded in the early 14th century, the main attraction here is the 16th century oak roof. It consists of 408 carved panels with intricate carvings of Tudor roses with detailed floral and geometric designs. The wrought iron gates outside are also historic having been designed by the famous Davies brothers. Within the grounds of the church is Christ's Hospital and its picturesque collection of almshouses. To the north of St Peter's Square you'll also see the remains of a gibbet, the only remaining reminder of the executions once held in Ruthin. Another historical structure of note in Ruthin is Maen Huail. According to legend, King Arthur after having lost the attentions of a woman to Huail had his rival beheaded on this rock.

Ruthin has a castle, historic jail, craft centre and historic church but its greatest attraction is a pub. The Myddleton Arms Pub was built in the Dutch style in the mid 17th century. The building looks on to St Peter's Square fronted by seven protruding dormer windows which have led the building to be fondly dubbed, "the eyes of Ruthin". Next stop for most visitors to Ruthin is the Ruthin Jail. In use from 1654, Ruthin Jail was renovated during the 19th century to bring it up to the standards of the then recent Prisons Act. A four storey wing styled on Pentonville Prison in London was added following an expenditure of some "12,000. On your visit to Ruthin Jail, you'll explore life in a Victorian prison, visiting inmates? cells and finding out about some of its more infamous prisoners such as John Jones. Infamous in his own time, Jones spent over 30 years of life in various prisons in England and Wales. He managed to escape from Ruthin Jail twice but after the second attempt was shot by a Ruthin local for the price on his head and he died shortly after.

Built in 1277 on the orders of Edward I, Ruthin Castle has been at the centre of some of the most important events in the history of Ruthin. In the 15th century, Ruthin Castle was owned by Lord de Grey of Ruthin. Grey used his influence with Henry IV to have Owain Glyndwr ousted as a traitor in order to acquire further lands in the vicinity of Ruthin Castle. Outraged, Glyndwr retaliated and with the help of a handful of followers raised his standard outside Ruthin on the 16th September 1400. By doing so, Glyndwr set in motion a chain of events that would lead him to become one of the greatest national heroes of all time. Nevertheless, his first campaign resulted in a siege on Ruthin Castle and the razing of Ruthin to the ground. Ruthin Castle resisted the attack but Glyndwr would successfully capture Lord de Grey two years later and held him for a large ransom. The next major siege came during the Civil War when Ruthin Castle repelled the Parliamentarians for eleven weeks before it fell. Ruthin Castle lay in ruins for over 200 years before it was converted as a private residence. Now a private hotel, it is technically closed to non-residents but if you do want to take a look at the castle grounds, it's worth knowing that visitors are welcome in the bar and castle restaurant. On Castle Street, you'll also see Nant Clwyd House. One of the finest examples of an Elizabethan Town House in Wales, it has recently been opened to the public for tours.

The only other attraction of note in Ruthin is the Ruthin Craft Centre. The premier centre in North Wales for Applied Arts, the Ruthin Craft Centre comprises 11 craft studios where a range of arts and crafts are designed by professional craftsmen. Once you?ve had your fill of culture and history, a range of walks can be taken along the Clwydian Range to sights such as Moel Famau and Foel Fenlii. If you?ve got kids with you then the Ruthin Riding Centre just four miles north of Ruthin in Pentre Coch will be a definite hit. 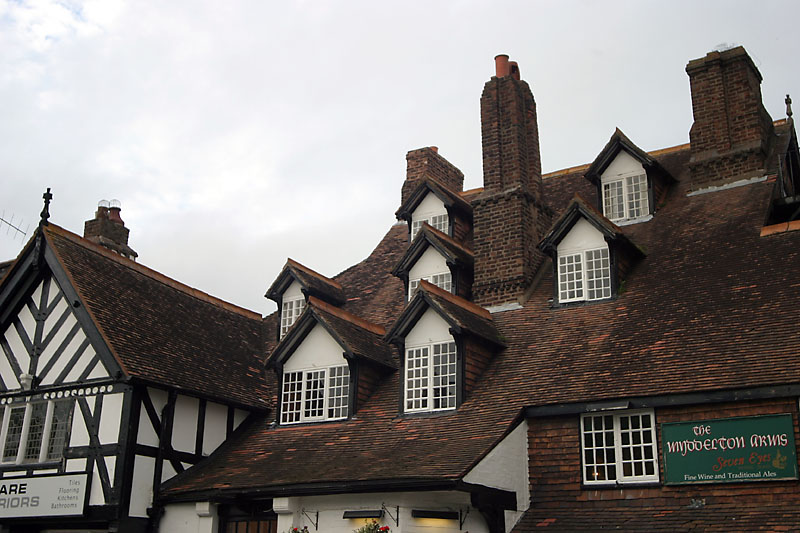