Situated in Snowdonia National Park and just on the edge of Gwydyr Forest Park, Betws-y-Coed is enviably located in picturesque surrounds. Lying within a wooded valley, Betws is traversed by the bubbling waters of the Llugwy. Providing as it does an ideal base/stop-off point for walkers, tourers and bikers, Betws is a highly popular destination in North Wales.

Once a sleepy, little village, Betws became the premier inland tourist resort in the north of Wales with the arrival of the Victorians. They brought to Betws better road access, the graceful Waterloo Bridge which was constructed by Telford (1815) and landscape painters such as J.M. Turner. Anglers, walkers and genteel tourists arrived in their wake and Betws accommodatingly provided for them with the construction of various hotels and guesthouses. Betws has never looked back and the convenient tourist pound continues to pour into the town.

The most prominent attraction in Betws can be seen from the Pont-y-Pair Bridge or the "Bridge of the Cauldron". Here you'll see the tumbling waters of River Llugwy bubbling over the various boulders and rocks " a sight which is most dramatic after a bout of rainfall. There are a few other waterfalls in the area. Swallow Falls lie a couple of miles west outside Betws on the A5 while the Conwy Falls and the Fairy Glen Ravine can be reached by a 3 hours walk known as the Conwy Gorge Walk. Walkers may also wish to try the Llugwy Valley walk which follows a forested path by the dramatic waters of the Llugwy to Capel Curig. Alternatively, you can hop on a bike and venture into Gwydyr Forest Park for a mud-splattered ride. Maps, information and details of fishing, guided walks and cycle trails can all be found at the Betws-y-Coed Tourist Information Centre.

Back in Betws a small range of outdoor gear and crafts shops will keep your attention occupied on a wet day. Other options include the Motor Museum for classic cars and bikes while the Conwy Valley Railway Museum provides kids with the opportunity of riding a miniature train. Culture-lovers can also head to St Michael's Church. It was this little tucked away church which gave Betws-y-Coed its name "sanctuary in the woods". Built in the 14th century it is the oldest building in Betws and features a 12th century font as well as the carved effigy of an armoured knight, Gruffydd ap Dafydd Goch. 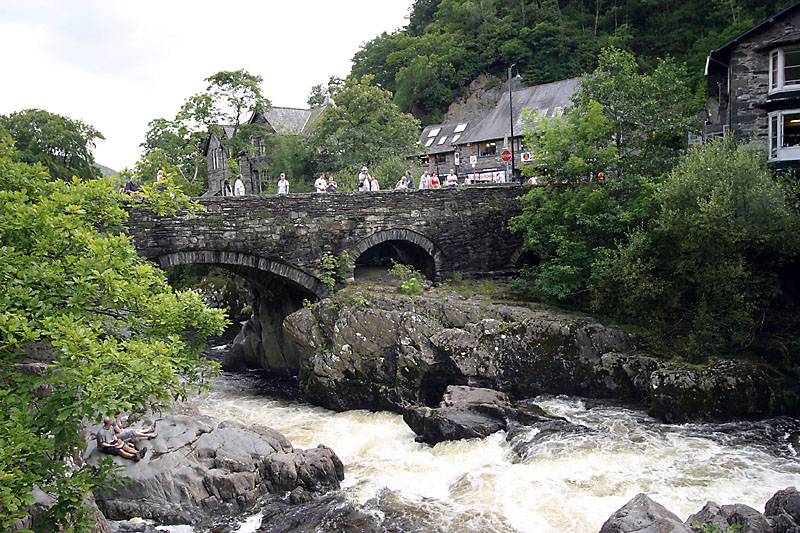 With the largest concentration of conservation buildings in North Wales, a lively pub scene and several attractions, Ruthin is full of charm and chara ....