Nestled between Ramsgate and Margate, Broadstairs is the most charming of the seaside resorts on the Isle of Thanet. Although it enjoyed the same influx of tourism which hit the isle amidst the introduction of the steamship in 1814, Broadstairs has retained a certain authenticity. It lacks the proliferation of cheap, commercial hotels which you'll find elsewhere. Indeed, it is easy to see why Dickens was charmed by the place. The little seaside town perches on the hillside with a long, steep road passing through and old stone arch which leads to Viking Bay. Originally called Main Sands, the bay was renamed in 1949 when the Danes re-nacted Hengist's passage to the Isle of Thanet in 449AD. This is just one of the beautiful, seven little bays which line the coast between here and Margate. If you prefer to get away from it all, you can choose between Stone Bay, Louisa Bay, Dumpton Gap, Joss Bay, Kingsgate Bay and Botany Bay.

Proud of its association with Dickens, you'll find Dickensian attractions littered around town. It seems as though the town has more or less named just about everything after him. There's the Old Curiosity Shop, Barnaby Rudge Pub, Dickens' Walk, Dickens' Pantry and two museums dedicated to this literary hero. Dickens was a frequent visitor here between 1837 and 1859 and wrote the end of David Copperfield in Bleak House which looks onto Viking Bay from the hillside.

A yearly summer festival is held in the third week of June for Britain's favourite long-winded writer. The festival was born to commemorate the centenary of Dickens first known visit. In 1937, Gladys Waterer, staged a production of David Copperfield while residents dressed in Victorian costume to promote the event. The festival has been a success ever since despite a pause for two years during WWII. You'll be able to see a Dickens production, flower sellers and a myriad of participants all dressed in Victorian costume including some very modest beach attire. 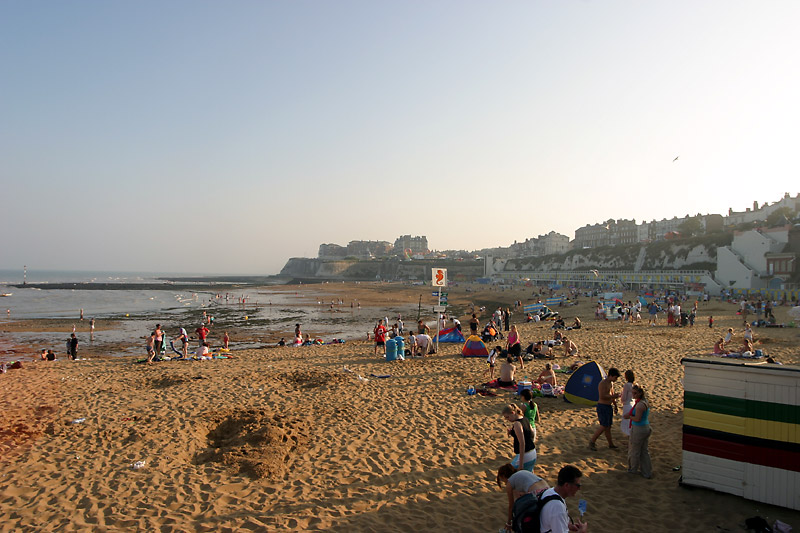