A historic port with a magnificent natural harbour, Fowey (pronounced Foy) has flourished since the 14h century. It was then home to a cosmopolitan community of shipbuilders, seafarers and merchants trading in Cornish tin and French wine. Over 700 years later, Fowey is once again one of England's busiest ports due to its china clay exports and busy yachting harbour.

Fowey's waterfront and town centre is a place where narrow streets jostle for space near old wharves and quays. The best way to enjoy your visit to Fowey is strolling on the esplanade, relaxing on Fowey's Town Quay or taking a river cruise or boat trip. For historic houses in Fowey head to Fore Street. Here you'll find some medieval merchants' houses known as the Old House of Foye and Noah's Ark. Other attractions in Fowey include the Daphne du Maurier Literary Centre, St. Fimbarrus' Church and the Fowey Museum. Just outside Fowey, St. Catherine's Castle is picturesquely located overlooking the water. It is accessible via a footpath from the beautiful horseshoe bay of Readymoney Cove.

Heritage Coast & Fowey Estuary
Fowey lies in an Area of Outstanding Beauty and provides excellent country for walking and the pursuit of other outdoor activities. A rugged coastline, tranquil creeks and waterside villages all contribute to making exploring this part of the heritage coast a delight. You can take a short walk between the Fowey Esplanade and Readymoney Cove or a longer walk to Gribbin's Head. The scenery between Readymoney Cove and Gribbin's Head is simply outstanding. At Gribbin Head, you'll also see the 84 foot daymark which was erected by mariners in 1832. From here you can continue on the Southwest Coast Path which heads to Polkerris and around St Ausell Bay. 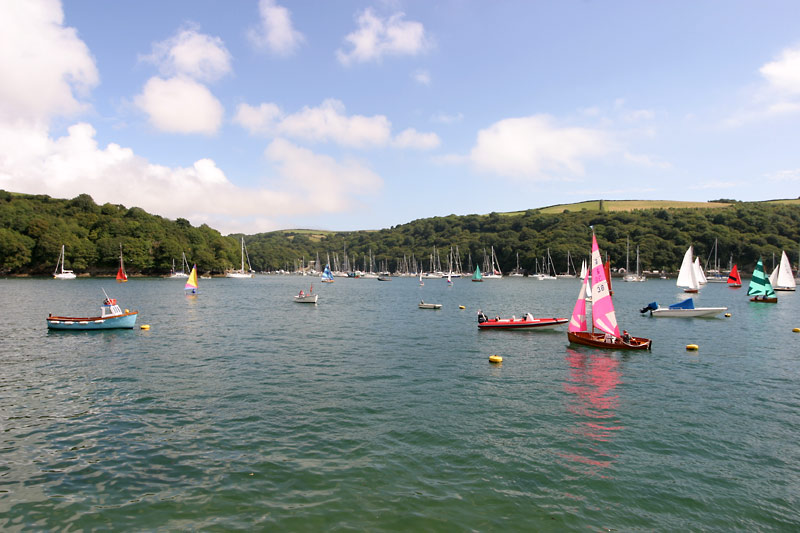