Strategically located on the main road to the Highlands, Stirling, once the capital of Scotland is now recognised as the heritage capital of the country. Its skyline is dominated by the imposing Stirling Castle which once witnessed key moments in the nation's history such as the Battle of Stirling Bridge and the Wars of Independence. Granted city status in 2002, Stirling blends history and modernity with students at Stirling University ensuring the city's vibrant atmosphere.

Dating from the 15th century, Stirling Old Town is littered with a concentrated mixture of historic attractions which wind through cobbled streets towards Stirling Castle. Heading up St John's Street, you'll pass Stirling's Old Town Jail where you can experience the harsh reality of life in a 19th century prison. Next attraction en route is the Church of the Holy Rude. The site of St James VI's crowning in 1567, this church features magnificent stained glass windows and a rare surviving medieval open timber roof. Continuing towards Stirling Castle, you'll pass Mar's Wark, the grandiose ruin of a magnificent 16th century town house which once belonged to the hereditary keeper of Stirling Castle, the Earl of Mar. Castle Wynd will now take you on to Argyll's Lodging. Built in the 17th century by the 1st Earl of Stirling, this rare refurnished renaissance mansion is a must for anyone interested in stately houses. Passing Ladies' Rock in the Castle Cemetery, once a favourite spot for watching royal tournaments, the end of Castle Wynd will bring you to Stirling Castle.

Perching on a rock visible for miles around, Stirling Castle has defended the city ever since the Romans. Providing an easy defence for the city, Stirling Castle was considered to be the military key to the Scottish Kingdom. During the 13th and 14th century Wars for Independence, Stirling Castle stood at the centre of the stage. An obstinate impediment to Edward I's conquest of Scotland and the Highlands, Stirling Castle eventually fell to the English in 1304. Garrisoned by the English for 10 years, Edward Bruce (Robert the Bruce's brother) laid siege on Stirling Castle. The Scots then met the English on their way to relieve the army within it walls and sealed the Scottish claim to independence with a resounding victory at the famous Battle of Bannockburn. A favourite royal residence with many of the Stuart monarchs, you tour will include the Palace, the Great Hall built by James IV as a meeting place for Scottish Parliament and Chapel Royal where 9 month old Mary Stuart was crowned Mary Queen of Scots. From Stirling Castle, you'll also get fantastic views of the surrounds including Stirling Bridge where William Wallace defeated the English in the famous Battle of Stirling Bridge in 1297. Wallace is commemorated in the unmissable National Wallace Monument, a spectacular tower lying to the east of Stirling on Abbey Craig. Entry to the monument will take you up 246 steps to the top and panoramic views of Ben Lomond to the west and the Forth Bridges to the east. 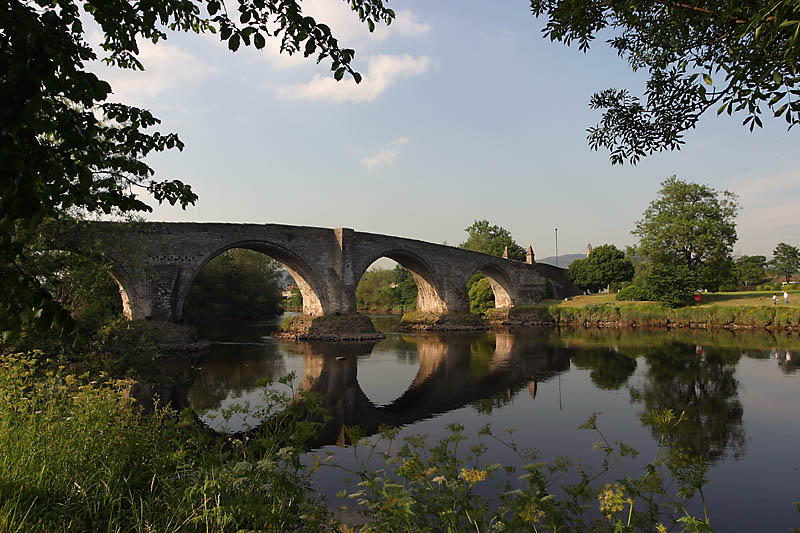 Lying about a half a mile from St Monans, the remains of Newark Castle lie on the Fife Coastal Path. The remains are now unstable and efforts made to ....