"One burnished sheet of living gold,
Loch Katrine lay beneath him rolled,
In all her length far winding lay,
With promontory, creek, and bay,
And islands that, empurpled bri"
Lady of the Lake, 1810 by Sir Walter Scott

The gateway to the Trossachs, Aberfoyle is a busy touristy place. To be perfectly honest, the town itself does not have a whole to recommend it but its location and the outstanding beauty of the surrounding area make a trip here the highlight of many stays in Scotland.

Aberfoyle was a hidden gem till as late as the early 19th century and owes much of its subsequent fame to a famous tourist, Sir Walter Scott. After a visit to the area he published his poem " The Lady of the Lake " (1810) which describes the beauty of nearby Loch Katrine. Seven years later, Scott produced another classic set in the area, "Rob Roy" . Aberfoyle was suddenly inundated with tourists and a popularity which has not diminished in the slightest. The village has honoured Scott by hanging an old poker on a gnarled oak tree. Strange as this tribute might seem, it is intended to remind visitors of an episode in "Rob Roy" where a fight at a local inn results in Rob Roy's cousin pulling a hot poker out of the fire in self-defence.

Situated within Queen Elizabeth Forest Park, Aberfoyle is surrounded by forests and lochs. First stop for many visitors in Aberfoyle is the Trossachs Discovery Centre where you'll be able to find all the details you need to make the most of your stay. Another favourite is the Scottish Wool Centre where you can try your hand at spinning wool into yarn, find out more about Scottish Wool or buy some warm woollies to take back home with you. Golfers are also well advised to come here for Aberfoyle boasts one of the most scenic courses in Scotland. Walkers are rewarded with Rob's Roy's Way, a 79 mile walk which cuts through Aberfoyle on its way to Pitlochry from Drymen. The main road leading to the Trossachs is Duke's Road so called after the Duke of Montrose who had the road laid in 1886. The drive is lovely and offers good views over Lochs Drunkie and Venachar. You can pick a trail leaflet from the Trossachs Discovery Centre in Aberfoyle.

Aberfoyle is also renowned for the mysterious circumstances surrounding the death of Rev. Robert Kirk in 1692. A minister at Aberfoyle Parish Church, Kirk had a long-standing interest in fairies and had even published a book, "The Secret Commonwealth of Elves, Fauns and Fairies." One night an expedition to Doone Hill resulted in Kirk's death. There are various accounts of the tale, some claim he disappeared into the fairy kingdom and was never seen again, another that he was brought back home where he died shortly after. He is then reputed to have visited a relative (some say his cousin others his wife) with a warning that he would appear to them. He would be set free if they a threw a knife at him. Unfortunately, when he did appear, the sight was such a shock to his loved ones that no knife was thrown. He was therefore banished to spend eternity with the faeries.

A good time to visit Aberfoyle is during one of its festivals. Spring sees an international festival celebrating the great outdoors, Tramping Through The Trossachs while in Autumn there's the popular Mushroom Festival where you can savour the flavours of the area and enjoy the provided entertainment. 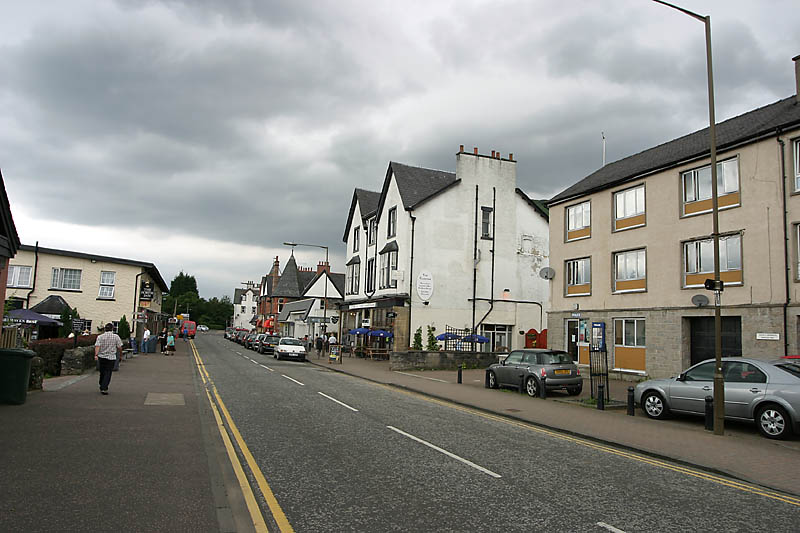