A conservation village, Pennan nestles between a cliff and the sea on a narrow strip of land overlooking the northern coast of Aberdeenshire. Its spectacular setting has led to its becoming the best known of the string of wee villages that straddle this coastline. In the 1980's, Pennan rose from obscurity when it appeared in the film Local Hero. Starring Burt Lancaster, both the film and its dramatic location touched people's hearts. In the film, Pennan plays the part of a typical Scottish village called Ferness which is eagerly sought after by an American oil company who seek to build an oil refinery here. Pennan is the main setting for most of the action which centres around key places for the community such as the Pennan Inn, Pennan Harbour and of course Pennan's red telephone box. Unfortunately for the movie's fans, the phone box which featured in the film was a prop. However, popular demand soon led to the placement of a similar phonebox in Pennan which now stands on almost the same spot in which it appeared in the film.

Traditionally, the residents of Pennan were fishermen and Pennan's harbour once served as a working port. Life was difficult here. Idyllic and tranquil as Pennan may appear to be on a warm summer's day, the scenery here in winter changes to a dramatic churning of a grey sea. Subsequently, Pennan Harbour has seen periodical reconstructions of over the centuries. Today, Pennan Habour is mostly used by pleasure craft and many of her cottages are popular holiday homes in the summer.

Small as it is, there aren't many attractions in Pennan itself although art enthusiasts can pop into Pennan Gallery which displays works by Scotland's northern artists. A short distance from Pennan, Gardenstown and Crovie are similar quaint coastal villages joined by a clifftop footpath. Nearby, are the remains of St John's Kirk built upon the site of a battle that saw the defeat of the fierce Danes by the Scots. Macduff is also worth a visit to see its working harbour in action as well as to pay a visit to Macduff Marine Aquarium. The area around Pennan is also worth visiting for its wildlife both onshore at Troupe Head with its colonies of seabirds and offshore for spotting dolphins and whales. 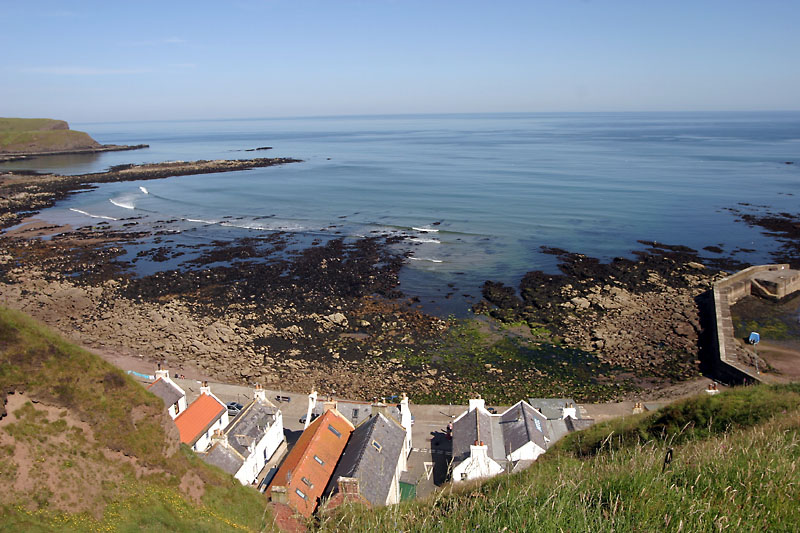 Old Aberdeen is an ancient town which now lies within the newer city of Aberdeen. Situated to the north of the city, the area known as Old Aberdeen i ....