"In this rich country is the city, or town rather, of Elgin; I say city, because in antient time the monks claim'd it for a city; and the cathedral shews, by its ruins, that it was a place of great mag"
Daniel Defoe

Situated in the Garden of Moray, Elgin lies nine miles west of Fochabers and 38 miles from Inverness. A busy market town, Elgin owes much of its charm to its medieval street plan whose paths converge on the majestic ruins of Elgin Cathedral.

The story of Elgin is littered with tales of kings, bishops and royalty. Elgin is first recorded in 1040AD when King Duncan lost in battle to Macbeth just a mile northeast of the city at Pitgaveny. The remains of Duncan's Castle are thought to be the remaining fragments on Lady Hill. Here you'll also find a monument to the 5th Duke of Richmond which dates to 1839. From Lady Hill, Elgin's medieval High Street runs to the focal point of Elgin, Elgin Cathedral.

One of the oldest buildings of note in Elgin is the Thunderton Hotel. Lying just off Elgin's High Street, this grand medieval town house once served as the royal residence in Elgin. It was here that Bonnie Prince Charlie stayed on the way to Culloden in 1746. Back on the High Street note the arcaded merchants' houses homes of wealthy landowners in the 17th century such as William Duff. Here you'll also find Elgin Museum, an award-winning museum with displays ranging from natural history to archaeology, the history of Elgin and the Moray area.

By the mid-19th century, the railway came to Elgin and brought revenue with it in the form of trade through the harbour at Lossiemouth. A Muckle Cross at the east end of the square replaced the medieval cross in the Victorian age. Dr Gray's Hospital was built on funds gifted by a former resident of Elgin who made his fortune with the East India Company. Just two years later, the Assembly Rooms on the corner of South Street and High Street were constructed. St Giles Church, built to a neoclassical design, was founded in 1828.

Visitors seaching for alternative attractions in Elgin can head to the Moray Motor Museum which boasts a collection of old motorcycles and cars including a Rolls Royce (1928). Walkers can take a circular walk from Elgin to Quarry Wood taking in the River Lossie and fine views over Elgin while golfers can play in the shadow of Elgin Cathedral on Elgin's 18 hole golf course. For whisky lovers a dram is waiting to be sampled at Glen Moray Distillery.

Curious Fact or Total Fiction?
The Elgin Marbles were removed by the 7th Earl of Elgin from the Parthenon in Greece and brought to England amidst much criticism from contemporaries such as Lord Byron. The debate over this piece of heritage continues but they are currently still under the care of the British Museum in London. 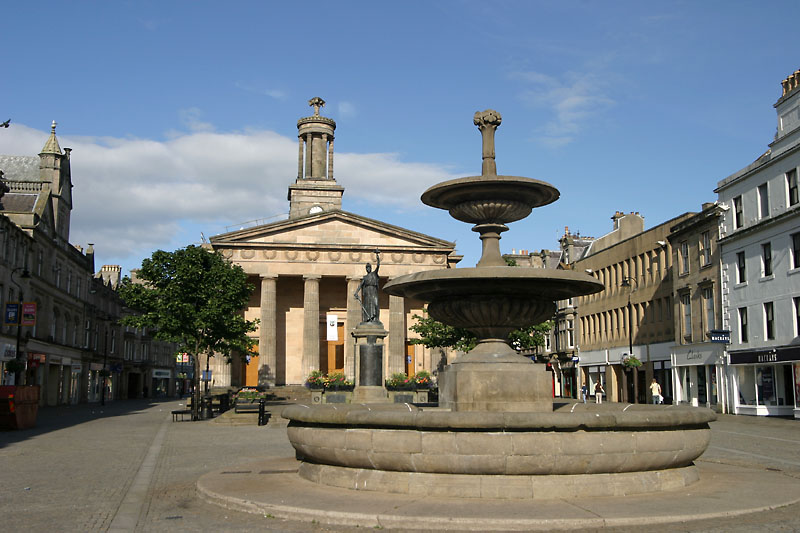