A little village on Bodmin Moor, St Neot is guaranteed to charm your pants off. Lying in an idyllic setting at the heart of Cornwall, St Neot sits on the River Lowenhy which appropriately means to rejoice. St. Neot's (Winner of the Calor Village of the Year Award in 2004), is full of character with a strong community spirit that is self-evident within minutes of your arrival.

The greatest attraction in St. Neot is the local parish church. Built in the 15th century, the Parish Church of St. Neot is famed for its stained glass windows which are thought to be amongst the best in the country. Outside the church are some beautiful, ornate, ancient Cornish Crosses.

Over the centuries some confusion has arisen over how this little village got its name. For centuries it has been associated with St. Neot, a four foot monk thought to have founded a hermitage somewhere in Cornwall. The Patron Saint of Fish and contemporary and advisor to Alfred the Great, St Neot is associated with a Holy Well. Lying just 275m from the parish, St. Neot's does indeed have a Holy Well, rumoured to have curative powers. However, historical research has thrown some confusion on to the matter as it appears that the Parish Church of St. Neot was actually known as St. Anietus in the 11th century. However, if you believe in saints, it's not too hard to imagine that this beautiful, little village may have been blessed with a couple of them!

St. Neot Well
Lying some 275m from the parish church, by St. Neot River, this Holy Well which sits peacefully in a grassy meadow has a wealth of legend surrounding it. This is said to be the place where St. Neot stood deep in meditation immersed to the head in its holy waters. On one such occasion, he was visited by an angel who told him never to take more than one fish from its waters so as to ensure the continuation of its stock. However, when St. Neot was sick he told his servant to bring him a fish from the well. Perhaps thinking, "double the effort and double the glory?, the servant brought two fish instead of one. The fish were subsequently returned to the well and are said to have miraculously sprung back to life. Records dating to the 1830's record that sick children were brought to St. Neot's Well in the search of a cure. A well-house with a stone cross above was rebuilt over St. Neot's well in 1852 .

Attractions around St. Neot
A great base for exploring Bodmin Moor, St. Neot also lies in the vicinity of some popular attractions in Cornwall. Carnglaze Caverns, a couple of kilometres south of St. Neot was once mined for slate but is now visited for sights of its beautiful, subterranean lake. Dobwall's Family Adventure Park, just outside of Dobwall's provides family fun and the rare opportunity to learn how to drive a locomotive. Golitha Falls, about 4km north-west of St. Neot lies within a nature reserve at the edge of Bodmin Moor. The falls are created by the movement the River Fowey flowing through a steep-sided gorge. The Hurlers Stone Circles are located about 9kms from St. Neot. These three ancient stone circles are set on Bodmin Moor and gave birth to a legend which claimed they were men turned to stone for having hurled the ball on Sunday. 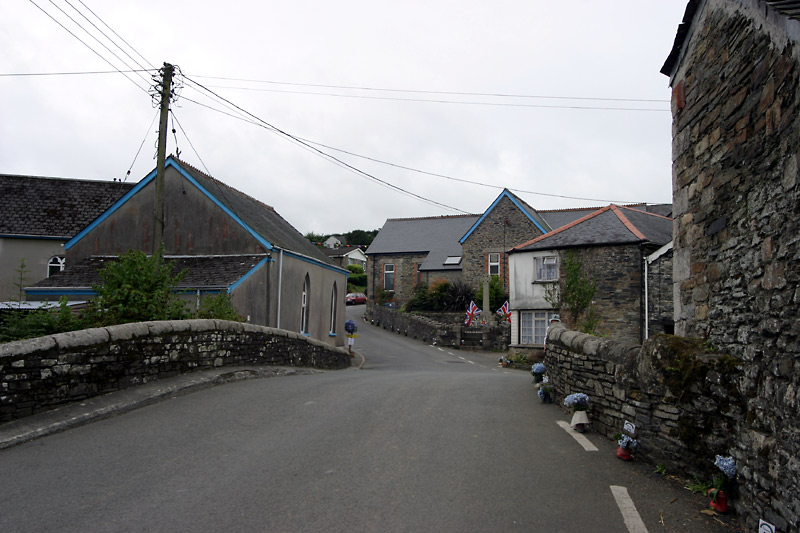