Lying just 15 miles from Plymouth on the River Tavy, Tavistock is the centre of the western moor. A little market town with very pleasing architecture, Tavistock is delightful in itself but also makes a great base for exploring attractions in the area. Outdoor enthusiasts head here for fishing, golfing and walking in nearby Dartmoor.

The history of Tavistock stretches back over 1000 years to the founding of a Benedictine Abbey in 974A.D. Once the largest and wealthiest abbey in Southwest England, the Abbey was dissolved in the 16th century and given to the Russell family, the future Dukes of Bedford It is to the 7th Duke of Bedford that Tavistock owes its present form. Putting his mining wealth to good use, he became Tavistock's greatest benefactor funding extensive town restoration and building houses for the workers. As such, Bedford Square, the Pannier Market and the Town Hall are all the Duke's work, marked by his signature, an engraved letter B.

The name Tavistock is derived from 'Tavy' the river by which it lies and 'stock' or market. Having received a Charter permitting a market to be held here in 1105, Tavistock has kept up the tradition and was voted Best Market Town in Britain 2004. Despite economical change and growth, Tavistock still serves as a centre for smaller towns in the vicinity. A market is held here everyday of the week with shoppers enjoying a range or products from local produce to antiques and crafts.

Walking
Tavistock offers a few short walks from its centre. The Viaduct Walk is a 3.2km walk in Devon's first ever nature reserve. The 1889 viaduct was part of the London to Plymouth line built by the London and South Western Railway Company. Alternatively, you can take Drake's Walk, a 4.8km trail to Crownhill Farm, Drake's place of birth (although the building doesn't actually exist anymore!). The start point is on Plymouth Road near Drake's statue. Tavistock also lies on the West Devon Way, a trail which runs between Okehampton and Plymouth. Great rewards for walks just 10 miles away at the edge of Dartmoor Forest. North of Mary Tavy, a track leads to Wheal Betsy, an old copper and lead mine which shut down in 1877. Just a little further north is Brent Tor composed of basaltic lava it has 12th century church dedicated to St. Michael at its top. You can either walk from Tavistock or leave your car in the village of North Brentor. For more information on walking in the area, head to the Tavistock Tourist Information Office. 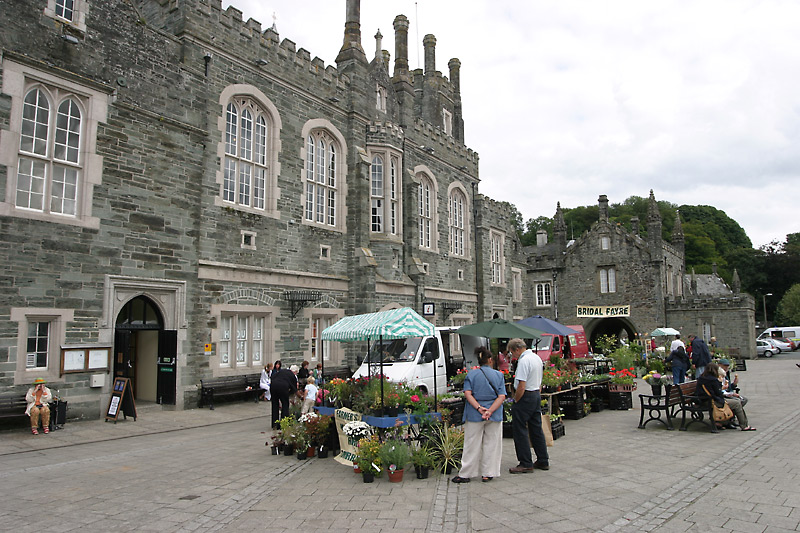 A stylish resort home to that British classic, Fawlty Towers, Torquay is a premier seaside destination in the heart of the English Riviera. Renowned ....

Whitstable is a beautiful, historic fishing village. The town makes the bulk of its revenue from the sea in much the same way as it did back in Roman ....